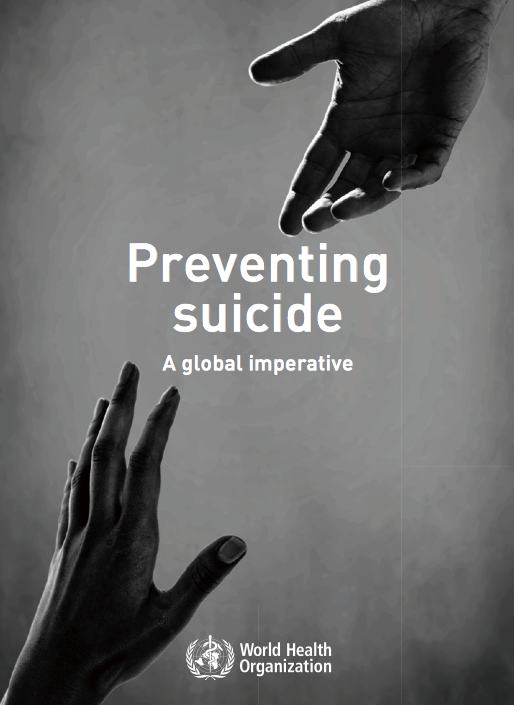 Where do we go from here?

“Globally, over 800 000 people die due to suicide every year. It is the second leading cause of death in 15-29-year-olds throughout the world. There are indications that for each adult who died of suicide there may have been more than 20 others attempting to do so.”

The World Health Organization has recently released a new publication entitled, “Preventing Suicide, A Global Imperative,” in which it states that suicide is largely preventable. This document proposes an overall approach that all governments can use in addressing the problem of suicide, no matter what the country’s level of economic development, because, “unlike the solutions for many other health issues, the tools to significantly reduce the loss of life by suicide are already available.”

Because the factors contributing to suicide can vary among different populations, the World Health Organization says that it is important to address the specific underlying causes of suicide and develop action plans to suit each country individually.

“Suicide places a larger burden on low- and middle-income countries, which are often ill-equipped to meet the general health and mental health needs of their populations. Services are often scarce and when they do exist, they are difficult to access and are under-resourced.”

The WHO proposes that “each national suicide prevention strategy be unique and indicate the government’s clear commitment to dealing with suicide. These national strategies will be comprised of a range of prevention strategies such as surveillance, means restriction, media guidelines, stigma reduction and the raising of public awareness as well as training for health workers, educators, police and other gatekeepers. They also will usually include crisis intervention services and follow-up care.”

“Key elements in this plan require not only the attention of healthcare sector of a country, but also it’s education, employment, social welfare, judiciary and others sectors to become involved. The strategies should be regularly evaluated, with the findings helping to improve future planning.”

This document suggests that national policies address the following areas:

The WHO framework provides the strategies needed to achieve the goal of preventing suicide, globally. “It is a national suicide prevention strategy that will allow communities to come together, and begin to tackle suicide and the issues specific to their needs without stigmatization.”